Calculating the shear rate of liquids when being pumped can be critical to a process' performance. 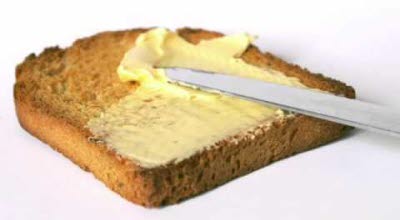 Shear rate is defined as the measure of the extent or rate of relative motionbetween adjacent layers of a moving liquid.

Using the same example, we can raise the shear rate by either raising the velocity of the knife or by placing the knife closer to the bread.

Breaking down the equation:

Shear Rate and Pump Selection
Shear sensitive liquids can behave very differently when sheared. Some require shear to get them to the ideal viscosity for transfer or application. Others can be temporary or irrevocably damaged by shear. It's important to discuss the liquid's nature with the manufacturer or to have a rheology test performed to determine how the liquid behaves when sheared over time.

As soon as the liquid leaves the vessel and enters the suction piping, it begins toshear as the liquid traveling through the middle of the pipe moves in relation to the pipewalls. The pump imparts shear as well between the rotating pumping elements and thestationary casing. Calculating these shear rates is possible using the equation above and considering the flow rate, pipe diameters, pump rotational speed, and internal pump dimensions.

Combined with the liquid's rheology data, this can help to make an educated decision regarding pump selection and sizing.